You'll have full control of what has access to your home. Guaranteed.

Call for Your Inspection Today

In South Carolina, an opossum or possum weighs between 4 to 7 pounds and is 6 to 8 inches tall at the shoulder. In its southern area, females have at least two litters every year.

Opossums, aside from skunks, are responsible for some of the most rancid infestations in North America due to their terrible odor and the bulk of their droppings. Opossums are one of the most harmful creatures to have in a home because of their size and neutrality, preferring to focus on the attic or crawl area. Most opossum intrusions are accompanied by a rodent infestation in the majority of residences inspected.

Opossums can create serious potential health hazards within your dwelling. To keep your family and dwelling safe from potential opossum intrusions, contact us for our opossum control and decontamination services in Columbia, Irmo, Lexington, and surrounding areas.

Trusted by South Carolina Homes and Businesses and a member of the NWCOA. 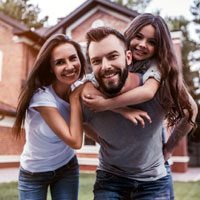 Very nice and professional. Nate has full knowledge of wildlife and laws in SC. Wonderful place!

We provide Wildlife Removal and Rodent Control Services in the Midlands region of South Carolina. This includes removing unwanted guests from your property and providing construction and exclusion services to repair and prevent future damage caused by raccoons, bats, opossums, rats, raccoons, and other wildlife.